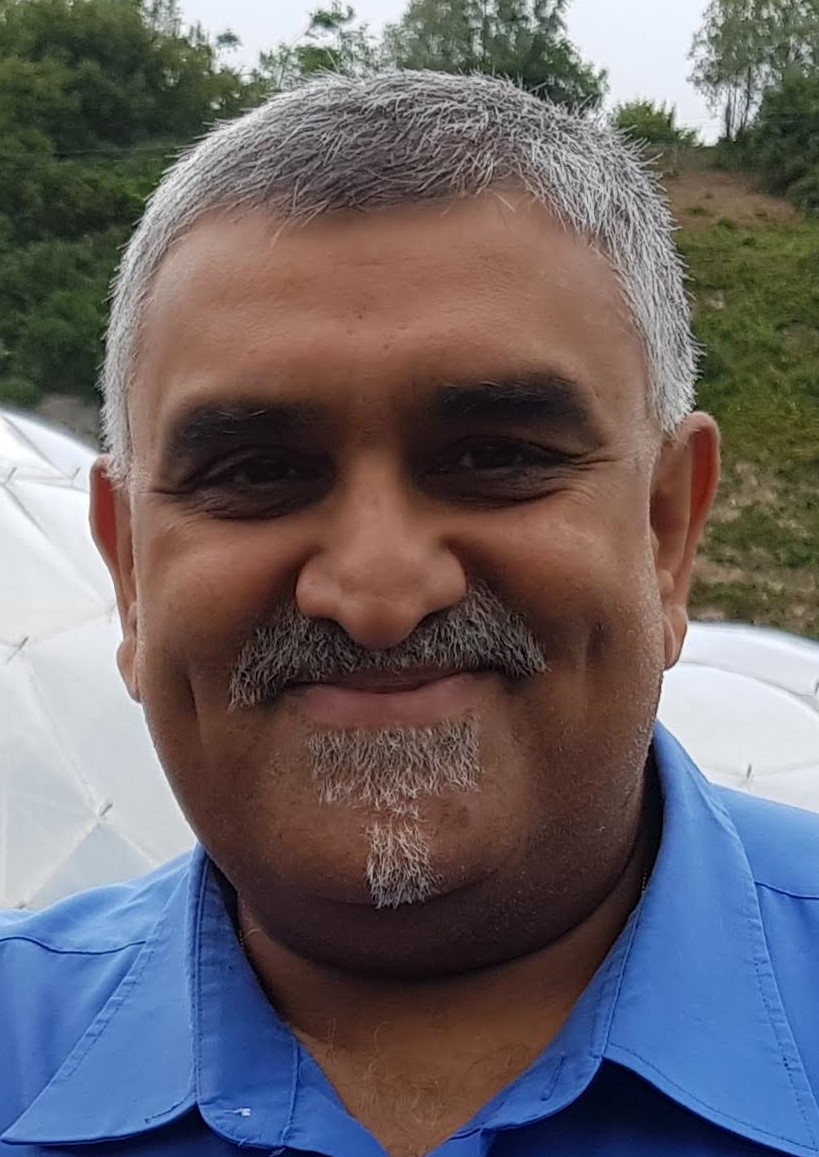 It was really good news to hear that Badminton England (BE) was going ahead with this tournament, as we have all been out of action since the All England in March. To be then to be selected for the event was an additional bonus. We knew things would be very different to normal due to COVID19, and Mike Spear, Manager of Line Judges for the event, was very good at keeping the team informed on all aspects of the event, including all safety measures and procedures.

We all had a detailed document from BE, explaining all the precautions both at the National Badminton Centre (NBC) and the hotel where most of the Lines Judges (LJ) were going to stay. One key request was to complete an online BE “COVID Opt-In” Form to confirm we had read the required information and we had no COVID symptoms.

We also had to order our lunch one day in advance, and those staying at the hotel had to take away dinner and breakfast, which they picked up and either took to their room or brought to the NBC.

We were also all asked to report to the NBC a day before the event, to have a CVOID test to ensure we were all negative, and ok to be part of one bubble. Fortunately, we all were negative, with results given within 20 mins of the test.

We had a briefing from the Referee, Ian Ross, who clearly stated that the highest priority was everybody’s safety, and that the badminton was secondary. It was good to hear where the focus was! After this the LJs who were staying in accommodation headed to their hotel, and those commuting could head to their home bubble.

Each morning of the event, all LJs were asked to complete an online BE “Daily Health Screening Questionnaire” prior to leaving their hotel or home. This was checked each day by the event team.

In the main NBC hall, different bubbles were created for different participants of the event, each bubble had their own areas to reside, unique entry/exit doors and coffee areas. The LJs were part of the Amber bubble. In the hall, we had a specific area for LJs to sit, with all chairs socially distanced, and LJs were asked to use the same seat for each day. We all had to wear masks at all times, unless we were eating or drinking, or outside the NBC. We had a special socially distanced line up procedure, and we all had to wear masks on court. This was very uncomfortable, and if you wore glasses, you had to be careful about misting them up with your breath.

We had 12 LJs, split into 2 teams of 6. The event was a qualifier for the Euro Mixed Team Finals in Finland in February 2021, and the top team in the round robin format would progress forward to the finals. The teams were England, Sweden, Hungry and Estonia, with 2 sessions of 5 matches on each of the 3 days, thus allowing all teams to play each other. Each LJ Team therefore had 5 matches to line judge each day across both sessions. At the start of each session, we had the national anthem played for the countries, where we all stood and clapped, a really good & respectful gesture I thought.

The safety procedures were very good, namely after each game, all LJ chairs, mops, umpire’s service stands were cleaned, and the referee was always chasing people to keep their masks on, unless they had a reason for it to be off. Players and Umpires did not shake hands, just simply nodded at each other after a game. For those staying at the hotel, they had to isolate in their rooms as soon as they arrived in the evening, to when they would leave the following morning, so obviously no technical meetings were possible. However, LJs brought things to do, like Andy Baxter who brought his guitar, Suzanne Benton her knitting, etc.

I believe these procedures will be very similar at the All England next year, but with the release of a vaccine, I am sure this a moving target, but I know Kate will continue to keep us all updated.

I would like to mention our poor colleague, Ian Johnstone, who was going to be with us, but then 9 days before the event was told to isolate for 10 days by his NHS app. Fortunately Craig Muir stepped in and this made sure we were a full complement of 12 LJs. These were:
Andy Baxter, Craig Muir, David Choi, Dionne Curd, Himanshu Anil Shah, John Miskin, Karen Mcrae, Kate Rowlatt, Keith Tovey, Kevin O’Brien, Rajesh Rahul, Suzanne Benton 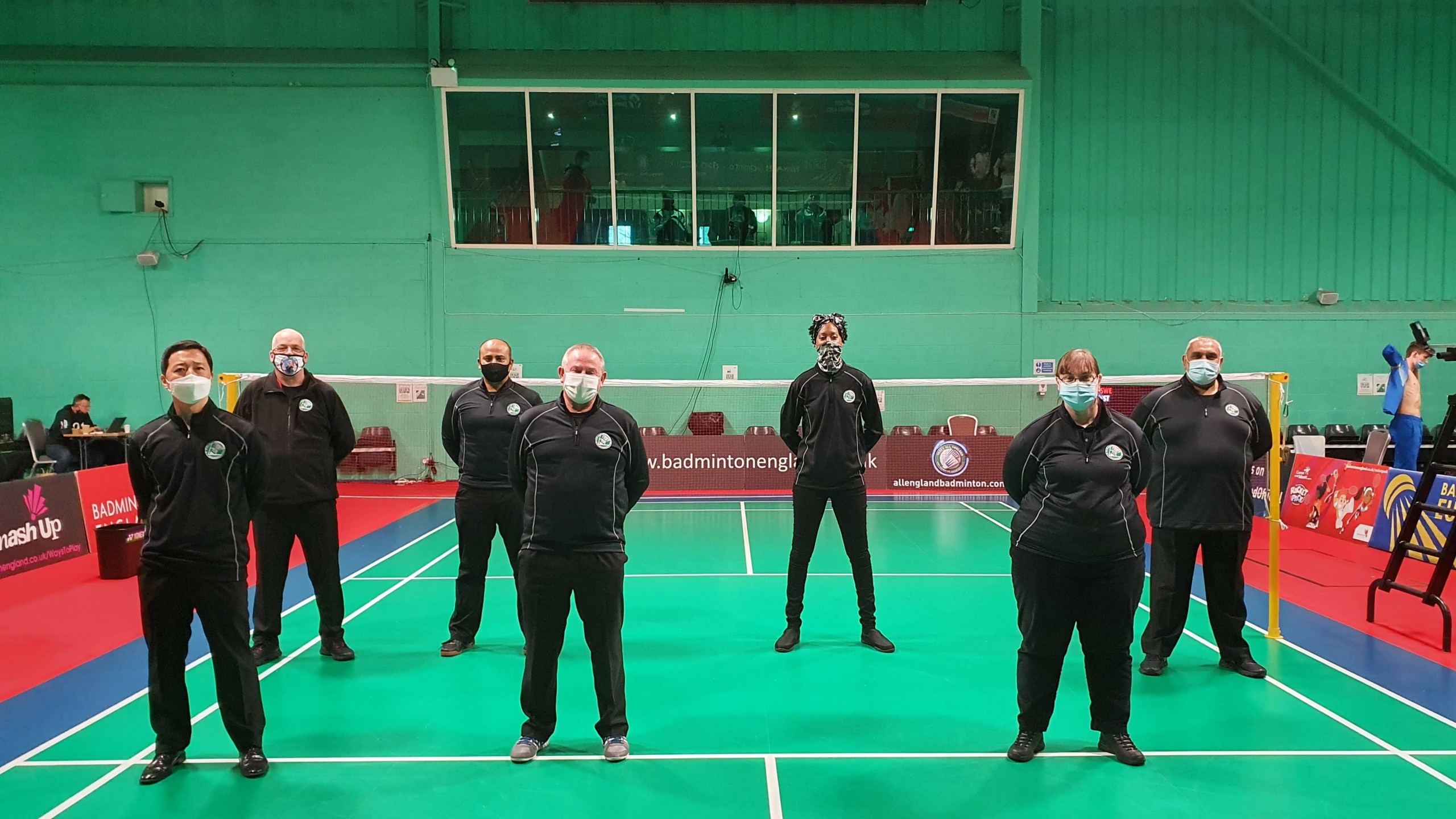 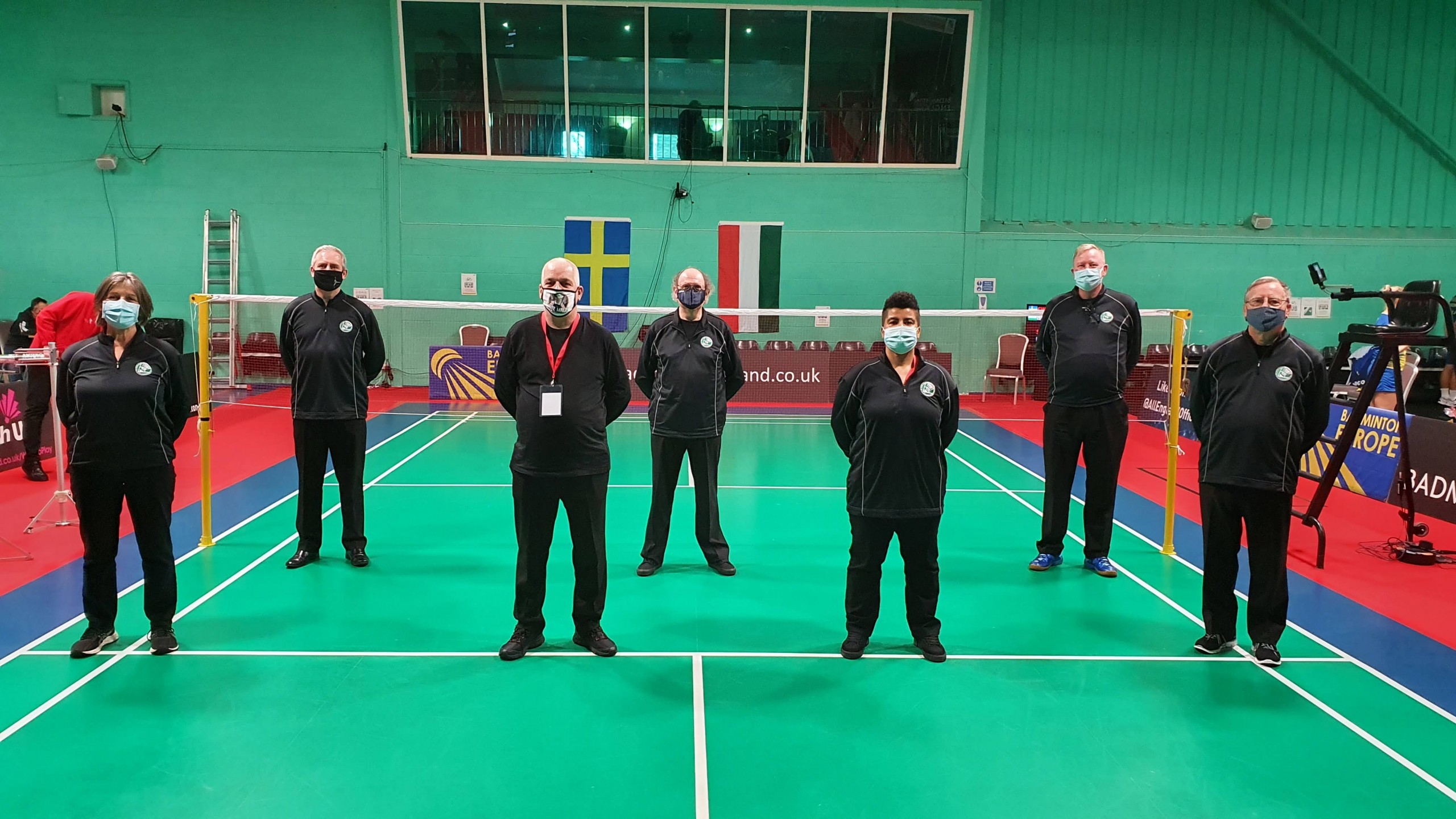 In conclusion, it was a very well planned and run event, with the correct safety precautions. It was really fantastic to be on court again, seeing and being with the LJ family, sharing stories, jokes and watching some great badminton live. It was tiring, but totally worth it. Also, a big thanks to Mike Spear, who managed and looked after all of us very well.