A Tribute by Abby Kumar

Dr John Alexander, the former President of the Badminton Line Judges Association of England, sadly passed away on the 20th March after a long illness. John was the founder of the BLJAofE, and it was the formation of this association that led to the transformation in the recognition of the role of line judges and to the benefits they would subsequently receive.

John’s considerable contribution to badminton started with his involvement in organising the line judge team for the All England Championships, then held at the Wembley Arena. He took on this responsibility in 1982, and he continued as Manager of Line Judges until 2012, a period of 31 years. This is a record that surely will never be surpassed. During this period, before the age of PCs and emails, he would do all the pre-tournament work of organising his team, and then manage them over the period of the event. The workload in writing individual letters, posting them, and also making numerous phone calls, must have been considerable, all done while he was working as a microbiologist. John realised that the line judges were making considerable sacrifices in time and money while working at the All England, and that they were not receiving the recognition that they deserved. After the event moved to Birmingham in 1994, John began his work in forming an association to represent line judges, with the aim to get recognition and benefits for line judges from Badminton England. Following his initiative, the first AGM of the BLJAofE was held at the All England in March 1996, with John becoming its first President, a position he held until he stepped down in 2014. During John’s tenure as President, the Association made considerable progress in getting more benefits from Badminton England, and recognition in being awarded a seat on the Badminton England Council, and equal standing with the Umpires Association of England and County Badminton Associations.

John also worked tirelessly for Badminton England in organising officials for the Nationals and other events like international matches, which used to be held in the autumn. John contributed considerably to the running of Lancashire County Badminton Association and he was their Chairman for many years. John was also very active as a tournament referee, and he was very involved in the organisation of the Inter-County Championships. 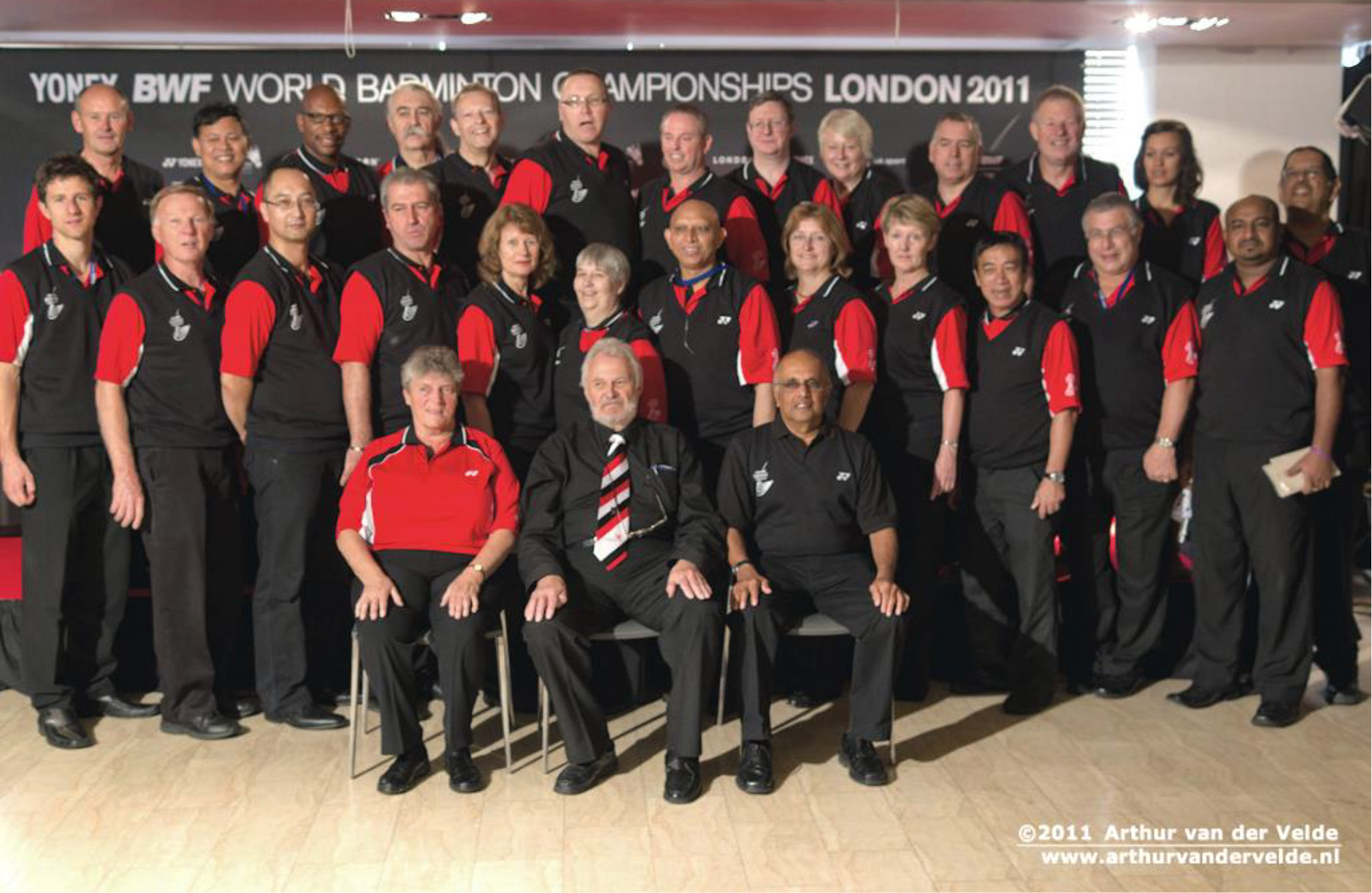 For his considerable services to badminton, John was appointed Vice President of Badminton England. Later, when ill health prevented him from attending meetings, he was made an Honorary Life Vice President of Badminton England. His outstanding work was also recognized by Badminton World Federation in the award of the BWF Meritorious Service Award in 2000. All of us who knew him and worked with him would recognize John as a very hard-working man who gave his all for the game he loved. We will miss you John. Your legacy will continue with the on-going good work of the association you worked so hard to set up. Rest in peace.

Please feel free to leave a tribute to John in the “Leave a Reply” comment box below.